A fingertip cut is one of the most common types of wounds. Most of the time, these small cuts aren’t serious. Fingertip cuts are tough to treat using regular-sized bandages. Many companies sell fingertip or butterfly-shaped bandages. Though you can turn a regular bandage into a fingertip-specific bandage in a few short steps.

​You might cut your fingertip while preparing a meal, doing housework, sewing, or working on an art project.  Regardless of how you sustain a cut on your fingertip, a minor gash on the fingertip is easy to treat at home.

​Fingertip bandages are sometimes called wing or butterfly. There are also hourglass bandages that are designed for the fingertip. You can use these for small cuts anywhere on the body. ​Although butterfly or hourglass-shaped fingertip bandages are available in most  first aid kits , you might not have these shaped bandages around when you need them.   It’s nearly impossible to substitute a regular size bandage for one of these, but you can certainly try.

​As you do your daily tasks, a regular-sized bandage can slide or fall off your fingertip.  This can cause more pain and prolong the healing process. That’s why many people buy small wing or butterfly bandages, or just make their own using larger bandages.

​You can keep a regular size bandage from falling off your finger with these DIY hacks. There are a few different ways people reconfigure their bandages to fit better.

​We have compiled a few methods in this article.

Kids usually require a fingertip bandage more often than adults, because of their tiny fingers.  It’s better to cut down and wrap regular size bandages into fingertip versions for kids or adults.  Here are a few ways to do that.

Rinse a small pair of scissors in disinfectant (alcohol) to ensure cleanliness. Take the scissors and make a triangle on the long sides of a regular bandage. Cut the shape before you take out the covering over the adhesive. Keep the cushion in the middle as is, and wrap the flaps you cut out of the bandage around your injured finger.

​If you have a full bandage, place it lengthwise along the back and front of your finger. The bandage sides will wrap around your finger. So that the bandages meet and stick, covering the finger.

You can also try the “X” method of fashioning a bandage to stay on your fingertip.

​Take a large or medium bandage out of the box. Cut down the middle of each side till you get to the pad. Put the pad over the cut, with the sticky part facing your nail and the strips crossing each other like an “X.”

A store-bought fingertip bandage has a butterfly-shaped strip and long white pad. It is usually made of cloth. The narrow midsection prevents the material from folding when the bandage bends back on itself.

​When you place a pre-made bandage on an injured fingertip, the finger and the long side of the pad should face the same direction. Stick the bandage to the finger’s palm side (finger pad). Pull the bandage over the fingernail and make sure it is tight. There should be no wrinkles on the bandage once it’s secured.

Be sure that the bandage is tight if the fingertip is bloody, but that it’s not tight enough that it cuts the  circulation.  Then wrap another bandage around the knuckle. The second bandage will help secure the first bandage, and add more pressure to the wound to aid healing.

A bandage for your finger or fingertip that’s made of gauze, offers extra protection for cut fingers or injured nails or nail beds.

​Many medical supply manufacturers make gauze finger bandages. These gauze bandages usually come with an applicator, since applying a bandage to an injured finger can be tough to do on your own.

​Use your thumb to hold the end of the gauze in place, and withdraw the applicator to the finger’s end. Now, twist the applicator 360 degrees. Apply the rest of the fingertip bandage by pushing the applicator back over the injured finger. Use zinc oxide, or a strip of medical tape to secure the bandage.

What to Do When You Cut Your Fingertip

​Always remember that even minor cuts may seem dangerous and ooze way too much blood at first. Remain calm and go through the following steps to determine if you do have a serious cut.

If the cut is bad, apply pressure on the fingertip with a clean cloth or piece of gauze to stop bleeding. You may use the same process on a cut fingertip as you do when you have a tooth pulled. The pressure and gauze equal clotting and healing.

​If the cut is bleeding profusely, don’t panic. Place more clean gauze over the cut and apply pressure till the bleeding subsides. Don’t remove the original gauze yet – it may displace any clot that has already formed.

​Don’t put iodine, hydrogen peroxide, or Mercurochrome on the cut. Even though your Grandma may have used these substances on cuts, these home remedies may cause tissue damage.

​Once the bleeding is under control, wash the cut with lukewarm water. Soap is optional. Use mild soap if you must and rinse it out completely before bandaging the wound.

Bandage after Bleeding is Under Control

After you’ve washed the cut and let it dry, dab on some antibacterial cream, and put on a butterfly bandage. You can have a DIY version made with a regular-sized bandage. Check the cut, and put on a fresh bandage daily.

​It may take a few days to a few weeks for the cut to heal. The length of healing time depends on the depth of the cut, your age, and your overall health.

Go to the nearest urgent care center or emergency room, if the cut is very deep or you have lost part of your fingertip.  You also want to be seen right away, if the finger is numb or swollen as an infection or discharge can occur after a few days of cutting your finger.

How to Use Butterfly or Hourglass Bandages

Butterfly shaped bandages aren’t exclusively for fingertip cuts. They can be used for any small cut. This type of bandage hastens to heal and reduces scarring. Clean and dry the cut. Then use one or more bandages at a time depending on the size and depth of the cut.

​Apply the bandage to pull together both sides of the cut. Use additional bandages as necessary to make sure the whole wound is covered.

​Butterfly bandages are sometimes also called butterfly closures.  They keep the cut clean and dry until healed.  Sometimes this type of cut seems like you need stitches.

​Dress a cut on the palm side of a knuckle with a butterfly-shaped bandage. The bandage pad is narrow enough to keep enough pressure on the knuckle’s underside. Thus, without bunching up when you move your hand. The wide parts of the bandage spread out over the top of the knuckle to prevent the bandage from sliding.

​Using an hourglass-shaped bandage allows you to use your hand normally.

​When you have a cut on one of your knuckles, or a blister on your thumb, you can use a butterfly bandage.

​The number one complaint about any type of store bought bandage  is how long it will stay securely on the wound.   This is particularly during typing, housecleaning, and similar activities.  The bandage needs to have staying power.

​Popular brand name or discount brand finger or butterfly bandages will fit your fingertip and stay secure for varying amounts of time. Whereas, Bandages made by medical supply companies will generally have more sticking power. It is more effective than consumer brands. 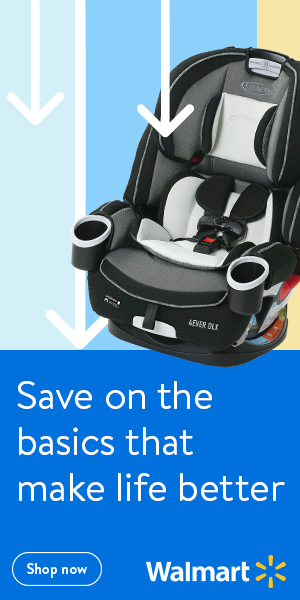 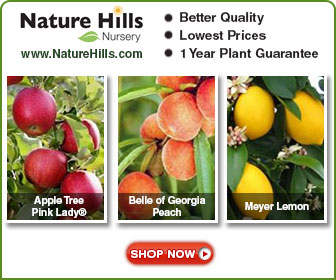